Captain Marvel and the Webs of Crime (Table of Contents) 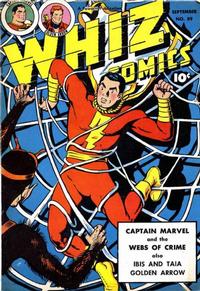 Captain Marvel and the Webs of Crime (Table of Contents: 1)

How to Wear a Tight Collar (Table of Contents: 3)

The horses match some Hopalong Cassidy covers by Steinberg as well as faces and inking from T-Man.

Death of the Cat (Table of Contents: 6)