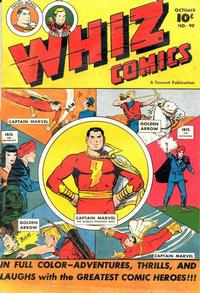 The Mail Girl (Table of Contents: 1)

How to Save Your Sox (Table of Contents: 2)

The Balloon Robbers (Table of Contents: 3)

The horses match some samples Steinberg's work from Hopalong Cassidy covers as well as faces and inking from T-Man.

The Threat of the Goons (Table of Contents: 4)

School for Sorcerors (Table of Contents: 6)

Genre
superhero
Characters
Ibis; Taia; Karnok [later Karnak]; Leku
Synopsis
Students in Karnok's school of sorcery are told, for their final test, they are to bring in a sacrifice to the god of sorcerers, Fa-lij.
Reprints