Incorrectly credited to Jackson Guice in the credits. 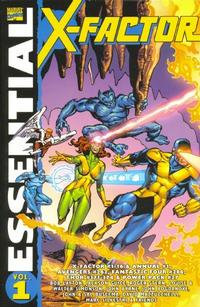 What Lurks Below? (Table of Contents: 5)

Continued in Fantastic Four #286, which leads up to X-Factor #1.

According to John Byrne, significant portions of this issue were redrawn by Guice and rewritten by Claremont at the direction of Jim Shooter. (Note taken from the index of the original printing in Fantastic Four (Marvel, 1961 series) #286)

Bless the Beasts and Children (Table of Contents: 11)

Trials and Errors (Table of Contents: 15)

Tapped Out (Table of Contents: 17)

Genre
superhero
Characters
X-Factor [Cyclops; Jean Grey; Beast; Angel; Iceman; Rusty Collins; Artie]; Bulk (introduction); Glow Worm (introduction); Skids introduction); Trish Tilby (introduction; called Trish Tilbit); Vera; Cameron Hodge; Tower (cameo)
Synopsis
Things get a little hot for X-Factor as people start protesting their mutant-hunting headquarters. The dilemma comes to a head when a pair of powerful mutants calls X-Factor out and they have to split their forces and employ disguises in their quest to "hunt" the mutants at the same time as they are really helping them.
Reprints

The Gift of Death (Table of Contents: 31)

Fires of the Night (Table of Contents: 35)

Early mention of "The Twelve".

The Mutant Program! (Table of Contents: 43)

Whose Death Is It, Anyway? (Table of Contents: 45)

Playing With Fire! (Table of Contents: 47)