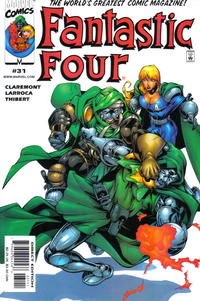 Part 8 of the "Return of Doctor Doom" epic (of 8 parts). Reed returns to his right mind and body. The Fantastic Four appear next in Fantastic Four 2000, which serves as an epilogue to this epic.