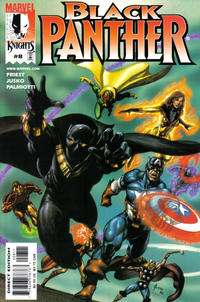 That Business with the Avengers! (Table of Contents: 1)

First Line of Dialogue or Text
Dearest Editors, Black Panther #7 was nothing short of cinematic and had everything a great comic book should.