[The First Line vs. The Invaders!] (Table of Contents) 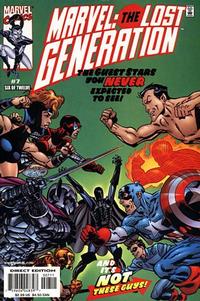 Effigy is revealed to be "Deep Throat" in this story, the unnamed source that helped Bob Woodward and Carl Bernstein publically reveal the secrets of the Nixon Administration.