Fox Giant, made up of four coverless Fox comics. Since Fox often started their story on the inside cover, discarding the original cover removes the first page of the first story of each rebound book. 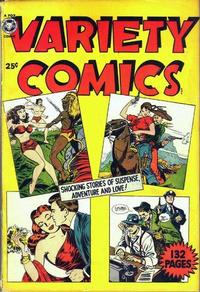 Origin of the Buccaneer (Table of Contents: 1)