Not Dead Yet Part 1 of 4 (Table of Contents) 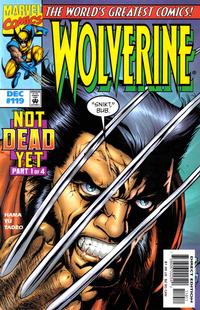 Genre
superhero
Characters
Wolverine; VILLAIN: White Ghost [McLeish]
Synopsis
In the past, Logan gets to know the professional killer McLeish in Hong Kong, but when his new buddy kills his girlfriend's father, Logan takes him out, apparently for good. In the present, Wolvie returns home to find an adamantium bomb in his apartment and suspects that McLeish, a man he has thought dead for ten years, is responsible.
Reprints