The style is very different to the 'Zolne' signed covers surrounding it, and also to the lead story in this issue. It has the quality of a fine-line illustration. 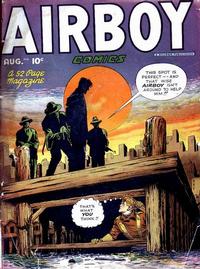 Old Hickory and the Major (Table of Contents: 3)

The Man Who Broke the Banks At Monte Carlo (Table of Contents: 4)

The Rangers Take Over (Table of Contents: 5)

Genre
horror-suspense
Characters
The Heap [Baron Eric von Emmelman]; Blinky Smith (villain, Red's brother, death); Red Darrow (villain, Blinky's sister, death); Scarou Le Blanc (villain, death); Pepe Bulon (villain, death); Doane (villain)
Synopsis
Fleeing from America to France, Red and Blinky Darrow, broke and down on their luck, decide to pit two fellow criminal friends of their against one another so that they can step in and take over their gang operations. Eliminating her brother when he gets too cautious, Red decides that she needs a bodyguard, and, when she accidently runs across the Heap, she figures he's the likely choice...with fatal results!
Reprints
Keywords
Paris

No doubt Starr is correct, but the signatures on this splash panel give no such indication.