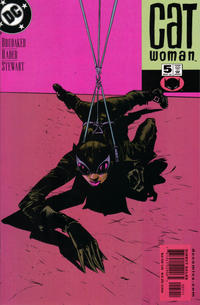 Trickle Down Theory (Table of Contents: 1)

Rickett is not named in this issue.