final issue
This issue has variants:

He Haunts the Jungle Night -- Moomba! (Table of Contents) 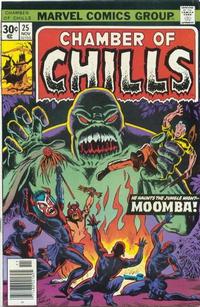 This Year, Your Favorite Marvel Characters Are Going Back to School… (Table of Contents: 1) (Expand) /

Narrated in the first person. This story is an elaboration of the plot of "I Was the Prisoner of the Living Statues!" drawn by John Forte, in Tales to Astonish #6 (November 1959).

Mighty Marvel Does It Again! (Table of Contents: 5) (Expand) /

I Was Trapped on the Ghost Ship! (Table of Contents: 6)

Job Number
[T-448]
Genre
horror-suspense
Characters
Luther Storme; Jonah Morgan (only appearance for both)
Synopsis
A cruel sea captain abandons his planned voyage to pursue a sighting of the Flying Dutchman, hoping to capture the famous ghost ship and make a fortune. His crew abandon ship, but he continues on until he catches the ship. He boards the Dutchman, but finds that it is a trap for the greedy. He is paralyzed, while the ship's former prisoner, now elderly and reformed, is freed to leave in his ship.
Reprints

Everything You Always Wanted to Know About Comics* But Didn't Know Where to Look (Table of Contents: 9) (Expand) /