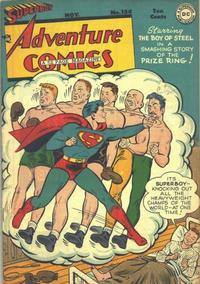 Death on the Speedway (Table of Contents: 5) (Expand) /

The Banner of the Skull and Bones! (Table of Contents: 8)

Exiled from the Sea! (Table of Contents: 14)

Genre
superhero
Characters
Aquaman; Blackjack
Synopsis
After being accidentally bathed in chemicals Aquaman emits an odor that enrages fish, so he must stay out of the sea for 30 days.

The Seven Seas (Table of Contents: 18)

First Line of Dialogue or Text
Ozzie, when you divided those five cookies...
Genre
humor

Johnny Quick in the Future (Table of Contents: 22)