[A Famous Coach's Special Football Tips]; [The Story Behind the T-Men]; [Amos N' Andy]; [The Case of Public Enemy No. 1] (Table of Contents) 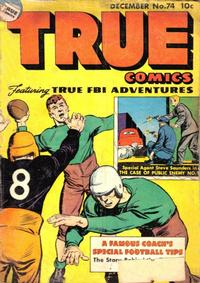 The Story Behind the U.S. Treasury (Table of Contents: 2)

Amos and Andy (Table of Contents: 4)

The Happy Warrior (Table of Contents: 6)

Are You a Quiz Whiz? / activity / 1 page (report information)

The last half of this page is an ad for Gene Autry cowboy boots. Synopsis and notes added by Craig Delich (Feb. 2006).

Highlights in the Life of Tom Dewey (Table of Contents: 11)

Genre
humor
Synopsis
Page consists of jokes sent in by readers, plus some classified ads.