Zolnerowich's signature is on two tiers. 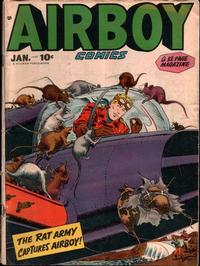 [The Queen of Karelia] (Table of Contents: 2)

Pickett's Charge at the Battle of Gettysburg (Table of Contents: 3)

[The Family Business] (Table of Contents: 5)

[The Rebuilding of Elda] (Table of Contents: 6)

Genre
horror-suspense
Characters
The Heap [Baron Eric von Emmelman] [aka Ulric] (origin re-cap); Baron von Emmelman (flashback); Ceres [as Mother Nature] (cameo); Kurt Zenner (flashback); Hans Elde (Uncle to Klaus); Hans Elde's un-named lawyer (death); Erik (refugee); Carl (refugee boy); Klaus (villain, nephew of Hans, death); Hans' father (villain, death)
Synopsis
The fortune and castle of Hans Elde is to go to either von Emmelman or Kurt Zenner for the purpose of rebuilding the village of Elda by refugees that will be re-inhabiting the area. However, the greedy nephew of Elde decides this will not be and has plans to flood the area, killing all the refugees, which includes Kurt Zenner, recently released from a concentration camp. Things seem to go well until the Heap becomes involved.
Reprints
Keywords
castles; Village of Elda

Pencils and inks credits from Hames Ware via a private e-mail to Roy Thomas (22 March 2013).
Kurt Zenner is incorrectly called Hans Zenner in one panel.
The story title is taken from the table of contents of Roy Thomas Presents the Heap (PS, 2013 series) #2.