This cover is a homage to Dave McKean's Hellblazer covers from the late 1980s. 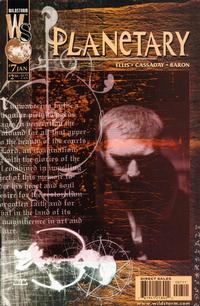 To Be in England, in the Summertime (Table of Contents: 1)

Credits include "with thanks to Laura DePuy."

The attendees at the funeral are homages to the 1980s DC Vertigo line. They include: the Sandman, Death, Black Orchid, Animal Man, The Writer (Grant Morrison), Swamp Thing, the Demon, the Doom Patrol, the Metal Men (not a Vertigo book), the Ragman, Shade, the Changing Man, and other unidentified mourners. Jack Carter is also a homage to John Constantine, another DC Vertigo character.