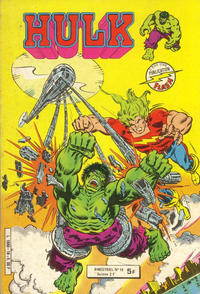 Genre
science-fiction (science fiction)
Characters
Ozamm; Joe Baxter
Synopsis
A factory worker laid off to be replaced by a machine foils a seemingly invincible alien by cutting off his power source.
Reprints

The title is taken from "J'accuse...!", an open letter published on 13 January 1898 in the newspaper L'Aurore by the influential writer Émile Zola.

In the letter, Zola addressed President of France Félix Faure and accused the government of anti-Semitism and the unlawful jailing of Alfred Dreyfus, a French Army General Staff officer who was sentenced to lifelong penal servitude for espionage.

It fits the plot of the story.

Genre
science-fiction (science fiction)
Characters
Jasper Jenks
Synopsis
An unscrupulous pilot tricks an alien into refitting his plane, but throws the creature out instead of rewarding it. He only then discovers that the alien had not yet explained how to land with the new engine.
Reprints