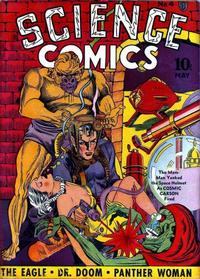 Prof. Piccardo Will Ascend Into Stratosphere (Table of Contents: 2)

[The Stolen City] (Table of Contents: 4)

[Attack on Jupiter] (Table of Contents: 7)

[Trapped By the Prime Minister] (Table of Contents: 8)