This comic is undated. Dating is an estimate.

Note the misspelling of Alvar Mayor on the cover. 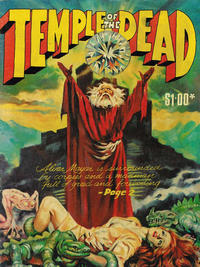 The Temple of the Dead (Table of Contents: 1)

This is episode 12 of 57 in the series. It was also published in Spain and Italy.

Reworking of an unknown pre-code horror story, with new art.

The Curse of the Hanging Man (Table of Contents: 4)

The Crew That Was Hanged! (Table of Contents: 5)

The Creatures (Table of Contents: 8)

Until Death Do Us Part! (Table of Contents: 10)