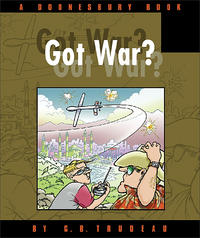 Garry Trudeau acknowledged employing Don Carlton as inker of Doonesbury (Alter 1990). Carlton’s association with Trudeau began in the early 1970s, and his responsibilities grew to include lettering of the strip. The association endured for decades (Walker 2010, 30–31).