On sale date from the publication date found at the Catalog of Copyright Entries, Part 2, Periodicals, New Series, Volume 35, 1940, Number 2. Class B periodical. Copyright number B 455004. 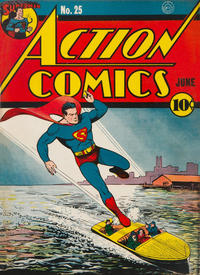 [The Living Statues] (Table of Contents: 8)

[The Kidnapping] (Table of Contents: 10)

The One Man Crime Wave (Table of Contents: 15)