The Gathering of Five, Part Two: The Return of the Molten Man! (Table of Contents) 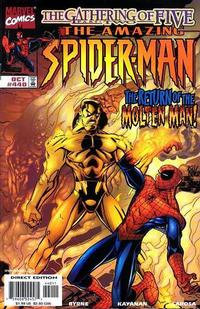 Recap of prior stories and list of characters for this story. This is on the inside of the gatefold cover. Design by Comicraft's John Marasigan.

The Gathering of Five, Part Two: A Hot Time in the Old Town (Table of Contents: 2)