Contains the distinctive neon chains that signify a Road to Vengeance crossover.
This issue has variants:

Road to Vengeance The Missing Links (Table of Contents) 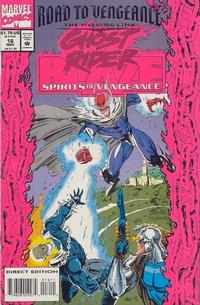