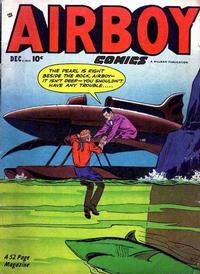 The Boy in Overalls (Table of Contents: 3)

The Horsethieves and the Palomino (Table of Contents: 4)

Genre
horror-suspense
Characters
The Heap [Baron Eric von Emmelman]; Lon Calypso (athlete, movie star); Cornelia Erin (movie star, Lon's fiancee); Eric Zazerac (movie producer); Hans (studio employee); The Baroness (villain)
Synopsis
A movie company makes its way to Denmark and the Black Tower Castle where part of a movie is to be filmed. Their sinister hostess, the Baroness, doesn't think Lon is up to the role of a monster......but he is suitable to be her husband. When he refuses because he is engaged, the Baroness vows to kill Miss Erin. Later, when Cornelia is kidnapped, the director tells "the monster" to rescue Miss Erin, unaware that the monster really is a monster. But, at the last moment, the Heap enters the scene, tossing the Baroness and the monster to their deaths!
Reprints
Keywords
Black Tower Castle