Daring, Fearless Wild Beauty of the Jungle (Table of Contents) 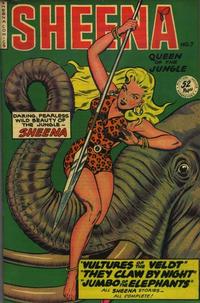 Jumbo of the Elephants (Table of Contents: 1)

They Claw by Night (Table of Contents: 2)

Title from cover. Prince Mobo is incorrectly depicted as a white man when he should be an African native. His death in the original printing is also taken out, so that it appears he survived the story.

Pages re-dialogued and partially redrawn to take out the violent scenes.

The Guard of Dead Man's Ravine (Table of Contents: 3)

Vultures of the Veldt (Table of Contents: 4)