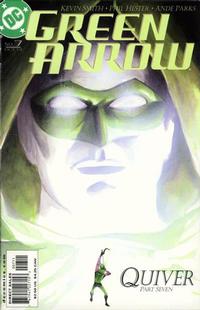 GA Quote of the Month (Oliver Queen to Oliver Queen): "What's the matter, Chum? You look like you've seen a ghost."