Out of This World! (Table of Contents) 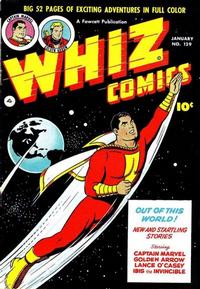 The Man Who Stole the Clouds (Table of Contents: 1)

Schaffenberger is best spotted by his grinning faces with big eyes.

The stiff movement of figures is similar to some of Cataldo's signed stories, so he may as well have done the pencil work too.

Statement of the Ownership, Management, Circulation, Etc. (Table of Contents: 4)

Martin O'Hearn identifies the penciler as Clem Weisbecker at http://martinohearn.blogspot.com/2021/05/two-who-drew-lance-ocasey-and-one…

The Big Beating (Table of Contents: 6)

How to Clap without Mishap (Table of Contents: 9)

The Day the Sorcerers Rule (Table of Contents: 10)