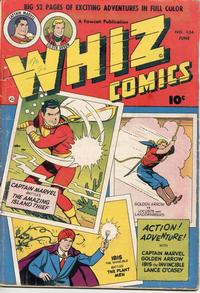 Gains Fame in Race with Flame (Table of Contents: 4) (Expand) /

The White Panther! (Table of Contents: 6)

First Line of Dialogue or Text
What are yuh so angry 'bout, Hoddy?
Genre
humor; western-frontier

Wilma the Worrier (Table of Contents: 12)

How to Make Your Head Comfortable in Bed (Table of Contents: 16)

Ibis the Invincible Battles the Plant Men! (Table of Contents: 18)

The artwork has many similarities with signed Walter Palais stories in Planet Comics (Fiction House, 1940 series) #52 and #53, like hands, faces and figure movement.

Killer of the Caribees (Table of Contents: 19) (Expand) /