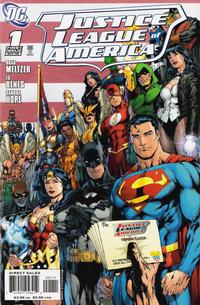 The Tornado's Path Chapter One: Life (Table of Contents: 2)

First Line of Dialogue or Text
If pressure's pushing you to get high and get into things you're not really into... maybe it's time to push back.

Between pages 26 and 27 of The Tornado's Path Chapter One: Life.

The Book of Fate (Table of Contents: 13)

First Line of Dialogue or Text
Six minutes from now, one of us would be dead.
Genre
horror-suspense
Characters
Ron Boyle; Mike Calinoff; Leland Manning; Warren Albright; Mrs. Manning
Synopsis
The narrator is telling what happened before an attempted assassination of President Manning.