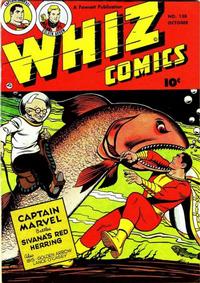 The Mystery of the Red Herring (Table of Contents: 1)

The Phantom Bodyguard (Table of Contents: 3)

The puppet-like movement of figures is quite similar to the Cataldo-signed story "Lefty Jim-U.S. Marshal" in Crown Comics (McCombs, 1946 series) #16, so he may have done the pencilling too.

The Slave Raiders (Table of Contents: 4)

The Curse of the Fire King (Table of Contents: 5)

The artwork is so similar to signed Walter Palais stories in Planet Comics (fiction House, 1940 series) #53, like hands, faces and figure movement, and inking of muscles, that this is very probably his work.

Either Way (Table of Contents: 6)