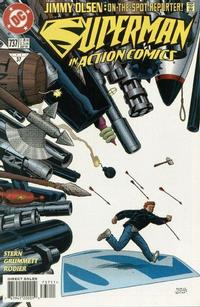 Burden of Proof (Table of Contents: 1)

Story continues from Adventures of Superman #550; continued in Superman: The Man of Steel #72. Credits include "thanks to Roger Stern," who is credited as writer on the cover.