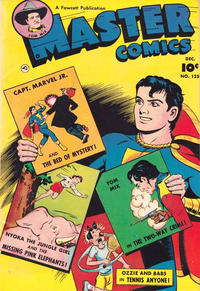 The Bed Mystery (Table of Contents: 1)

On the cover, the title is listed as "The Bed Of Mystery".

Tennis, Anyone? (Table of Contents: 3)

The Two-Way Crime (Table of Contents: 6)