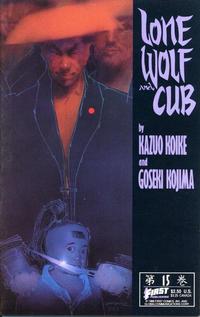 Originally chapter 24. Strangely, First engineered a fade-out at the end, replacing the last panel entirely (included in the Dark Horse version), which originally showed a dialogue between witnesses to this story's fight.

Lanterns for the Dead (Table of Contents: 2)