On-sale date from DC Releases #35.
This issue is a variant of Legends (DC, 1986 series) #6 [Direct]. There exist further variants: 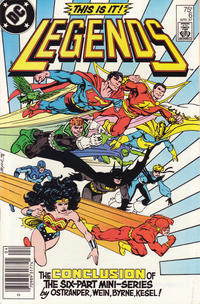