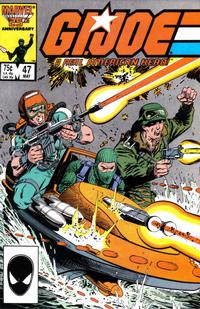 1st issue where Lady J is called "Lady Jaye". no letters page this issue, as a full page in-house ad from Marvel takes its place.