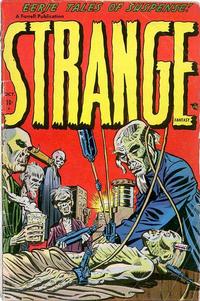 Fate Has a Thousand Faces! (Table of Contents: 2)

For the Thrill of a Lifetime (Table of Contents: 3)

Chant of the Dead (Table of Contents: 5)

The Frozen Bride (Table of Contents: 6)