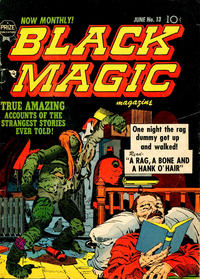 The Handwriting on the Wall (Table of Contents: 2)

story re-written into origin of Brother Power, the Geek many years later.

Inks previously credited to "Mort Meskin ?; George Roussos ?", but their styles are distinct during this period, and this is Meskin.

Visions of Nostradamus (Table of Contents: 4)

When I Live Again (Table of Contents: 6)

Minuet by Moonlight (Table of Contents: 7)

Where Is Alfred Weeks? (Table of Contents: 8)