A God Among Men! (Table of Contents) 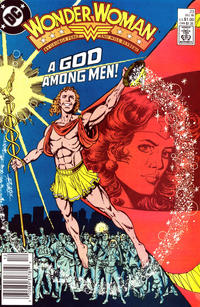 A God Among Men (Table of Contents: 1)