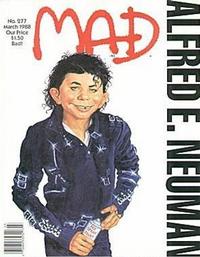 Series Details:
Publisher's Brands:
Indicia Publishers:
Awards:
Notes
MAD became magazine size with issue #24 onward at editor Harvey Kurtzman's request (he had been offered a lucrative job at a magazine and was going to take it if the change was not made). According to Bill Gaines (the publisher), it was not changed to avoid Comics Code Authority oversight. The title was "rebooted" after #550 with a new #1 in 2018 after a change in the offices from New York to Los Angeles.