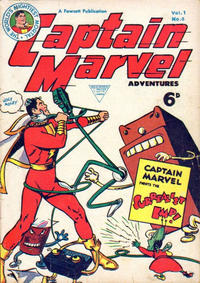 Issues are numbered only on the cover, not in the indicia. There are no publication dates on the comics, though they can be inferred by the weekly schedule and some known dates. The indicias have copyright dates but these are the copyright dates of the material they are reprinting, so they don't indicate the actual date of the comic.
Editing
View Change History
Series at my.comics.org