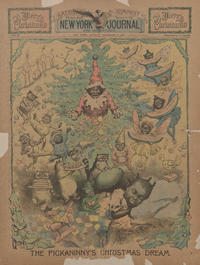 Library of Congress Copyright Office Catalog indicates that there are issues as late as August 14, 1898, possibly another 34 issues (up to a possible issue #96), if this series remained weekly. Not confirmed as of September 2017.
Editing
View Change History
Series at my.comics.org