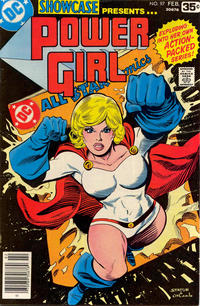 Before being cancelled, many future issues were in various states of completion:

#105 was to star Deadman -- the story prepared for that issue appeared in the limited distribution Cancelled Comic Cavalcade (DC, 1978 series) #2 before being published in a slightly-edited form in Adventure Comics (DC, 1938 series) #464 (July-August 1979).

#106 was to spotlight The Creeper -- the story prepared for that issue also appeared in Cancelled Comic Cavalcade (DC, 1978 series) #2 before being published many years later in The Creeper by Steve Ditko (DC, 2010 series).

#104-106 was originally to present The World of Krypton -- this feature was bumped to #110-112, due to the delay in the release of Superman the Movie, and was eventually released as DC's first limited series in 1979

#107-109 was originally to headline The Huntress by Paul Levitz and Joe Staton -- but according to Paul Levitz work never began on those stories.

#107-109 was then to introduce a new western feature called The Deserter by Gerry Conway and Dick Ayers -- that feature was awarded its own series and then cancelled all together, though one issue was prepared and published in Cancelled Comic Cavalcade (DC, 1978 series) #1.

#113-116 was to debut a new version of The Suicide Squad by Len Wein.
Editing
View Change History
Series at my.comics.org