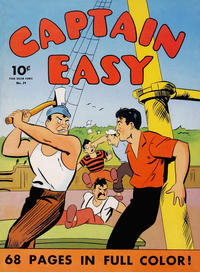 As a series, it was held together mostly by its numbering--only the issues #19-25 carried the continuing title "Four Color"; preceding and successive issues changed titles every issue to match their contents. By convention, the entire series is referred to as "Four Color".

For unknown reasons Dell restarted the numbering on the series in 1942, leading fans to refer to the "first series" and "second series" or "Series I" (this series) and "Series II" (see Four Color (Dell, 1942 series)).
Editing
View Change History
Series at my.comics.org