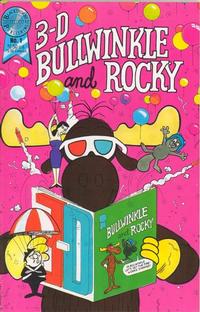 Series Details:
Publisher's Brands:
Indicia Publishers:
Notes
Also a part of the Blackthorne 3-D Series (1985 series) #18.
Based on the 1959-1964 television show that had two different titles in its original run ("Rocky and His Friends" and "The Bullwinkle Show") and several more titles in syndicated reruns, but is known now as "The Adventures of Rocky and Bullwinkle and Friends".
Editing
View Change History
Series at my.comics.org

1
If you believe any of this data to be incorrect, please let us know.
Cover thumbnails are used for identification purposes only. All rights to cover images reserved by the respective copyright holders.