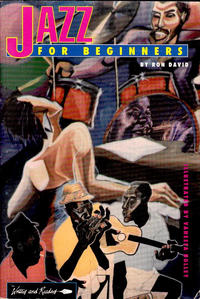 Richard Appignanesi, who had been the first editor in London for the series and had also written several of the titles, co-created the new publisher Icon Books. In 1992 Icon Books also begins reprinting some of the original W&R Cooperative titles, retitling them Introducing.... So for some titles the original contents are revised rather than reprinted. Meanwhile, the New York-based Writers and Readers continued the For Beginners series, in several cases commissioning new authors to create replacement books for those being published in Britain. This led to a number of examples where the two ranges were publishing two different books on the same subject.