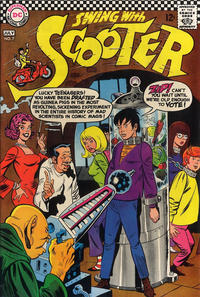 Series Details:
Publisher's Brands:
Indicia Publishers:
Notes
The book was supposed to premiere in May-June 1966 Showcase and was even advertised as such, as in Doom Patrol 103, but it was at the last minute decided to start with #1 due to Beatlemania. Bob Oksner was originally slated to take over the book with #13 before it was decided to turn it into an Archie clone. Info provided by Bob Bailey, email 2004-11-03. Edited by Per Sandell