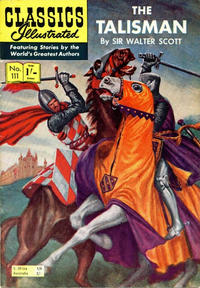 When reprinting issues, some issues were dropped, resulting in multiple issues, such as two versions of #152.
Editing
View Change History
Series at my.comics.org