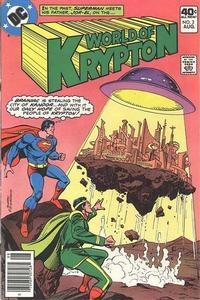 Series Details:
Publisher's Brands:
Indicia Publishers:
Notes
This was originally scheduled for Showcase (DC, 1977 series) #104-106 to coincide with the premiere of Superman: The Movie, but was rescheduled for issues #110-112 when the film's release date was delayed. Revised and released as the first ever limited series.

1
2
3
If you believe any of this data to be incorrect, please let us know.
Cover thumbnails are used for identification purposes only. All rights to cover images reserved by the respective copyright holders.