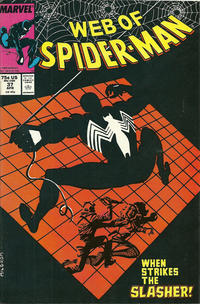 Series Details:
Publisher's Brands:
Indicia Publishers:
Notes
Solo Spider-Man title created to replace Marvel Team-Up (1972), which ended with issue #150 (February 1985). Upon cancellation, this title was first replaced by Web of Scarlet Spider (1995) for four issues and then further replaced by The Sensational Spider-Man (1996).