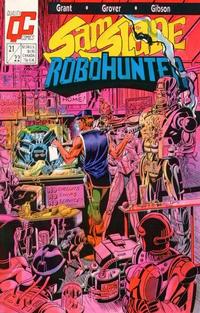 Three month gap between the last issue under the previous publisher and the first under this one.