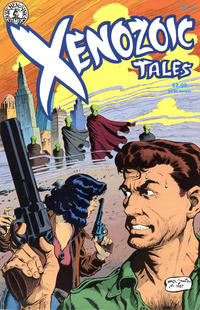 Series Details:
Publisher's Brands:
Indicia Publishers:
Awards:
Notes
Began as a short story in Death Rattle (Kitchen Sink Press, 1985 series) #8 (December 1986).
There was a second print of #1-3, all January 1989; with second print of #6 also thought to exist. There has been a brief second series, as: Xenozoic Tales (Dark Horse, 2003 series).

1
2
3
4
5
6
7
8
9
10
11
12
13
14
If you believe any of this data to be incorrect, please let us know.
Cover thumbnails are used for identification purposes only. All rights to cover images reserved by the respective copyright holders.